There are many novelties intrinsic to the new Intel Alder Lake CPUs, the blue brand takes the lead again and launches DDR5 RAM technology for the general public.

The first modules we will look at will be the Kingston FURY Beast DDR5 memory, which could be considered as a first-generation mid-range Ram.

Among its outstanding features we have an XMP 3.0 frequency up to 5200 MHz at only 1.25V with still high CL40 latencies.

The key to DDR5 is to implement two 32-bit addressable subchannels and ODECC to improve transfer of data with a view to modules up to 6400 MHz. As a starting model, don’t look bad at all, so let’s start with Kingston FURY Beast DDR5 review and analysis.

Before continuing, we thank MSI and Kingston for their trust in us by providing us with these RAMs for analysis in the review pack.

The Unboxing of these Kingston FURY Beast DDR5 will be a little different than usual as they were obtained through the MSI component kit. It is composed of a large box that includes CPU, Motherboard, RL AIO and these memories.

Focusing on them specifically, it will be a pack of two modules in a semi-rigid plastic blister pack that will keep them more or less well insulated.

In the retail bundle, this package will come in a flexible plastic box similar to those used for DDR5 memory, possibly with specifications and an image of the memory on the outside. Along with them only comes a sticker.

Not only Kingston, but also the rest, have been a little conservative when it comes to the design of these Ram memories welcome kits and designs.

In the Kingston FURY Beast DDR5 we will not have integrated lighting, so we could say that it is a mid-range or even an entry model for what is to come. These are low profile modules as they measure 34.8 mm high, 133.35 mm long and only 6.62 mm wide.

It will not have compatibility problems with double block heatsinks or RL systems, and also quite thin to maintain a separation of about 5 mm between adjacent modules.

Something that can no longer be missing in memories as fast as DDR5 will be a heat diffuser made of aluminum and installed on both sides. It will be glued to the memory chips to provide better performance even though there are only chips on one side of the PCB.

Of course, Kingston does not miss the opportunity to provide an elegant 3D surface design with accents on the surface, with the hallmarks that define the model and technology.

The upper diffuser has grilles on each side to facilitate heat evacuation, and a fixed connection for both sides that will make it quite difficult to extract.

The interface continues to be exactly the same as DDR4 memories, with 288 connected in Ultra DIMM format, central slot for correct placement and cutouts at the ends for fixing through the tabs of each bank.

Without much more to say about the Kingston FURY Beast DDR5 design, we are going towards the technical matters to explain the main innovations of DDR5 and the specifications of these modules.

DDR5 will be the technology that replaces DDR4 on general consumer equipment boards, betting on higher frequencies and lower voltage for efficiency.

On paper they should offer more transfer speed than DDR4 at the same frequency, although there is still an important improvement detail such as latencies.

The starting modules will probably have little to do with the next ones to come out, but maximum speeds of 6400 MHz are estimated and even more, judging by the maximum capacity of some boards, which exceed 6600 MHz.

DDR5 will consume 20% less than DDR4, as the operating voltages are reduced to 1.1 V @4800 MHz and 1.25 V @5200 MHz, thus controlling heat generation. The introduction of the new XMP 3.0 overclocking profiles mean a big step forward in terms of user management.

There will be a maximum of 3 profiles per memory configured by the manufacturer for the different speeds, along with another 2 configurable by the user in terms of speed and latency. We don’t see this in the 5200 MHz modules yet, but it will be present in more powerful models.

Likewise, the possibility of activating and managing them from the system through software in some cases will be provided, and the Dynamic Memory Boost function will perform dynamic overclocking in real time based on the needs of the system without user intervention.

The latter will also be available for DDR4 modules that have been certified with XMP 3.0. In addition to speed, the communication interface is also modified to increase the bandwidth by 50%.

Each module has two independent 32-bit communication subchannels, to which 8 bits in each subchannel (RDIMM) will be added for internal ECC support (ODECC) to make a total of 40 bits per subchannel or 80 bits per rank.

This division into two directional channels maintains the 64-bit data width, but improves communication through efficiency and latency. So, in Dual Rank modules we will have 4 32-bit subchannels.

Thus, modules will be able to double the banks from 16 to 32, being able to open more pages at the same time, doubling the burst length to 16 to improve communication with the cache.

On-Die ECC, or error-correcting code is inserted into the DRAM chip to correct data leaks on these faster, smaller lithography chips that are susceptible to such errors.

Shifting into the Kingston FURY Beast DDR5, we have individual capacity modules of 16 GB in a 32 GB kit. It means that they will work in a Single Rank configuration, with two subchannels as we have explained above.

This technology will start from a base frequency of 4800 MHz native on the bus of Alder Lake processors, increasing to 5200 MHz on the second step.

For this we will have only two JEDEC XMP 3.0 profiles in automatic BIOS and one manual, working at 1.1 and 1.25 V.

They benefit from the aforementioned On-Die ECC technology, as well as the longer burst length to obtain transfer figures typical of Quad Channel configurations on Intel Core XE and AMD Threadripper platforms.

We do not have more detailed information on the Dies used, so we will have to wait a bit to find out about the chips that are being presented in this new generation.

These Kingston FURY Beast DDR5 have been used on our benchmark for the Intel Core i9-12900K review. We have benchmarked AIDA64 in both stock and OC settings to get performance figures on the Alder Lake platform under Windows 11.

The frequency steps will be quite close to each other in terms of performance, with differences of only 5000 MB / s in reading, writing and copying in approximate figures.

These figures will reach no less than 80K MB/s in reading, 74K in writing and 74K in copying, being values ​​similar to those obtained in the Threadripper platform with 4 memory modules at 3600 MHz in Quad Channel.

This demonstrates the great performance, almost starting, that we have in a configuration of only two modules, and the figures will only increase when we obtain more powerful memories.

There is certainly room for improvement, but it seems that the modifications of the interface have taken effect despite having a high CL set.

As a starting kit, these DDR5 memories are not bad at all to launch the Alder Lake platform with force. But since they are 5200 MHz and CL40 modules, it might be worth waiting a little longer to buy Alder Lake and put all the options on the table to choose the best one.

With transfer rates reaching 80K MB/s DDR5 has shown great gaming and task performance and what’s yet to come only makes you want to try more of this RAM.

The temperatures have turned out to be very good under stress, which indicates that the voltage drop is noticeable in this regard. XMP 3.0 will also give us greater versatility and ease of configuration, as well as Dynamic Memory Boost.

We still have few models to compare, and much less to buy, because on the day of this analysis we still do not know the official price of these modules, although they will be around $200 to $300.

The availability of CPUs and memories will be unknown with the supply problems existing worldwide. But still, it seems that they will have a price of something less than approximately $400 for DDR4 RAM of 4000 MHz and 16 GB. 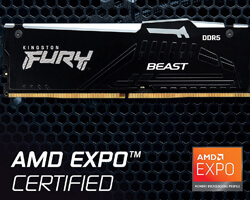 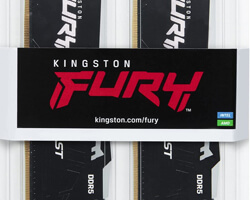