Hardcore desktop gamers often play around with the system specs to make it look nicer and substantial. An enthusiast gamer won’t shy away from spending hundreds of dollars or thousands to keep their gaming station in shape and in compliance with the next-gen gaming needs.

Here the question is how to choose a CPU cooler for your gaming system. Below are the compulsory things that must be in your mind when buying the best CPU cooler. 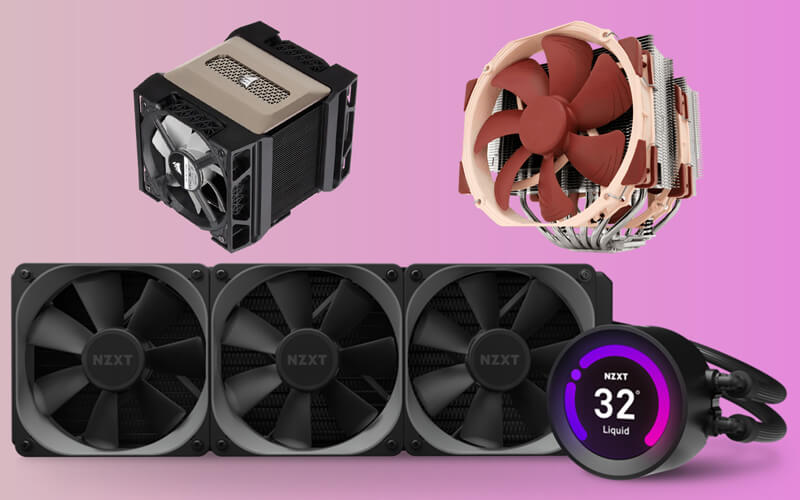 How to Choose a CPU Cooler

If you don’t have available space for a triple-fan towering or cascaded cooling model, it won’t be installed or used in the system. Do double-check clearance space available on your motherboard for i7 8700k before buying a new one. If the system is smaller, bigger fans will only be a showpiece on the shelf top rather actually being used inside the system.

Another blunder not to make is to check the RAM and PCIe card clearance before opting for a cooler. If your cooler fan dimensions are large enough to obstruct RAM or other vital components, you should not opt for it in the first place.

System requirements could be greater or smaller than the capacity of your newly bought CPU cooler. If you are a medium-range gamer, buy a normal low-wattage CPU cooler that covers less space and higher RPMs.

If you are a hardcore gamer and overclocking player, make an educated guess about your system requirements or visit the manufacturer’s website to get an estimate for system endurance.

There are specialized CPU cooling fans both in liquid and airflow models for the next-generation Intel and AMD gaming systems. Always read the system specs and compatibility chart before hitting the buy button. For low-end or medium-range CPUs, buy smaller fans that can endure system watts easily. 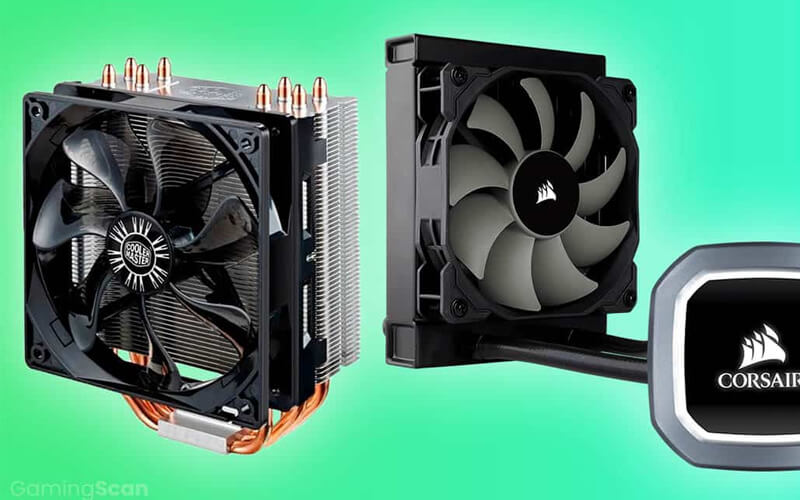 Are you fond of lighting? If yes, save some extra dollars to spend on beautiful built-in patterned RGB LEDs. If no, buy a cooler without LEDs in a lesser price range and make better use of the remaining power. The RGB lighting is fun, you can get to enjoy while playing solo or in multiplayer gaming.

The newest lot of RGB coolers comprises customizable color patterns and more options to play around with the synced lighting modes. They easily get synchronized to AMD gaming systems via a mobile app or through the system itself. The RGB lighting can easily be turned off and on without switching off the entire system.

Airs coolers are good, water coolers are best for some gaming systems. It depends on your CPU type, the watts used, and the type you prefer. Both have their pros and cons. Most of the times air coolers are mid-ranged and perform perfectly in overclocking and liquid coolers are chiller than the air coolers, they cost more, and yes, the TDP rating is better.

Water cools in lesser time than air, creates less noise, and temperatures are always lower. If your system is always high on overclocking mode, it is better to look for a good liquid-driver cooler.

When overclocked, the system is prone to overheating and requires more heat dissipation in minor time. To conserve the clocking speed of your system, an efficient cooler is necessary, be it air or liquid one.

When overclocked, the system runs faster than it should be, hence needing nearer-to-CPU heat pipes and heat sinks to neutralize the effects of immense heating at intense gaming modes.

Another bad prospect of buying a multi-towered cooler is increased noise. There’s more fuss than peace of mind when installing a dual- or triple- tower cooler instead of one. If there’s no choice but to install the ones that enable clearance and fit best, it is advised to buy a multi-tower fan for better system performance. 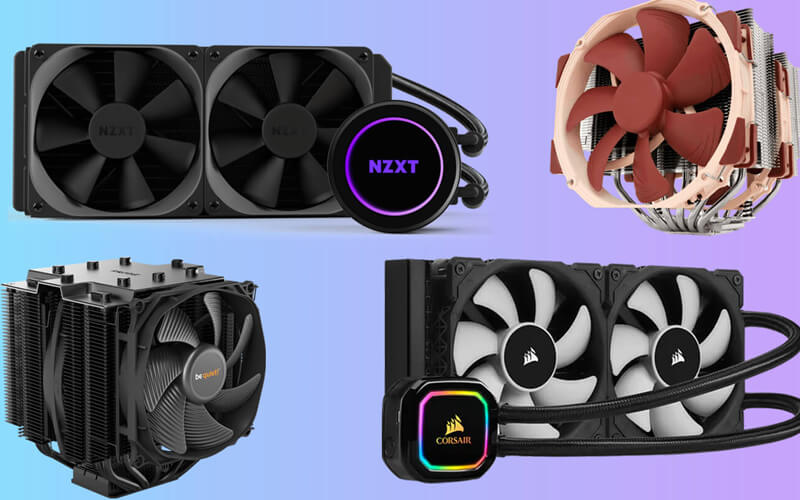 The money factor may or may not be your problem. But, a good gadget catcher always looks for a feasible yet cost-effective component for their system. Airflow coolers start from a $10 bill to hundreds. Air coolers are always cheaper than liquid ones. They create more noise and take more time than the liquid ones for cooling.

LEDs can make coolers expensive than normal, it can be the number of fans or the brand worth. Some coolers have special heat sink coating along with the normal metal plating. Some have better lightings and more sensors. The expensive ones have software support, customizable lighting options, more clearance, and easy mounting options.